In this tutorial, we will see the basic use of an indispensable Photoshop Pen Tool. In addition, we will see the important stages to realize a small project. This tool also allows for perfect image trimming as well as obtaining vector illustration images and tracings with an excellent finish. To make a Line Art, it will be enough to draw the important lines of a drawing or any object.

Photoshop is a powerful Adobe program, which does not only serve for retouching photographs. Within the package of novelties of Photoshop CC 2018, the program has included a new tool that is grouped within the set of the pen tool. 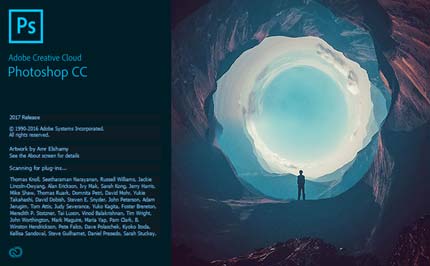 The pen is a fantastic instrument for making tracings and some complex selections especially if they involve gentle curves. However, using it well has a certain complexity and needs a lot of practice. Perhaps for these reasons, the team of engineers from Adobe has developed the new tool Pen of curvature that allows the realization of tracings of curved elements in a simple and semi-automatic way. 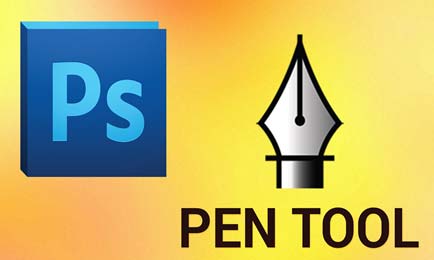 Why Use The Pen Tool:

The pen tool is a very powerful tool, but few use it because they do not know how to use it. This tool allows to make curves with enough precision and therefore create drawings or the outline of objects. The result you get is called Line Art.

The Essentials of The Pen Tool:

The Pen tool allows to draw straight lines, angles and even curves. For this it is necessary to place points. These points, called anchor points, are automatically linked together to create a path.

First of all, we must say that the Pen tool is the one that can be found just above the text tool or is the one that is selected when we press the “p” key on our keyboard. If we keep the mouse pressed on the tool, we will see how several options related to the tool are displayed, such as the Pen itself, add or delete anchor point and convert anchor point, which we will see below for what each one is worth.

At first glance, the pen tool can be a tool that we rarely use or that is not designed to make selections, but the truth is that as we become familiar with it, we will use it on numerous occasions, especially for Make selections or cutouts with shapes that contain both straight lines and rounded shapes . Therefore, the first difference that we can find with another of the tools that includes Photoshop, such as the loop, is that the pen allows you to make selections, or better said paths, in the form of a curve.

Each point that we create when clicking with the selected pen tool is called an anchor point and unlike with the lasso tool, with which we can only eliminate points by undoing the selection, with the pen tool we will be able to eliminate or even move any anchor point of the layout without having to eliminate the ones we have made later. 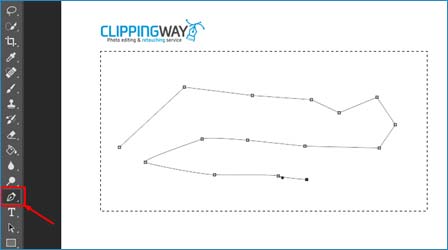 To eliminate an anchor point, we only have to position ourselves on it with the mouse pointer having the pen tool selected and we will see how a “-” sign appears next to the pen icon, the same as if we selected the option to remove anchor point by continuously pressing on the pen tool. If what we want is to add an anchor point to the plot, then we simply have to check how when passing the cursor along the lines of the selected pen tool, the symbol “+” appears next to the pointer, that when clicking on any point of the path, add a new anchor point.

However, if we want to move one or several points of the drawn path, for this we will have to use the tool Selection of path and direct selection, which is represented as a black arrow in the toolbox of Photoshop and that we can select by pressing the “a” key.

The tracing selection tool, which allows you to select a specific path to later drag and move where you want. But if we want to move a point or several anchor points then we need to use the direct selection tool. We can go clicking on different anchor points keeping the Shift key pressed, even points of different paths, and then move them all at once by clicking on one of them and dragging them.

We can distinguish two different anchor types, the corner points and the curved or soft points, which are the ones that draw a curve and on which the handles appear, which are what serve to give the shape, size and even direction to the curve made. To create a corner anchor point we only have to click with the pen tool on the image, which will generate a straight line drawn by the union of each anchor point. 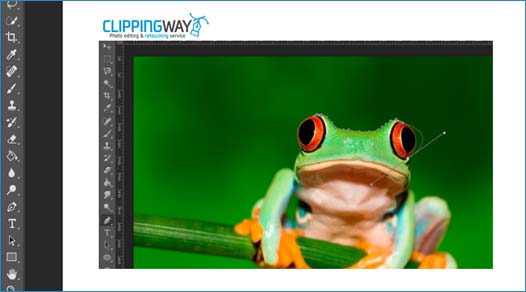 But if we want to create a curved or soft anchor point, then we have two options, pass the cursor with the pen tool on the path and add a new anchor point, which by default will create it curved, or when creating a new point, keep the mouse button pressed to show us the handles and start moving them according to our need to create the curve of the size, shape and direction we want. 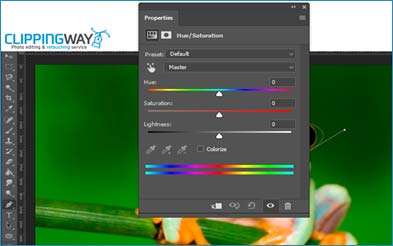 Once we close the path, we can see how it appears in the Photoshop path window and from where we can easily convert it into a selection. To do this, we only have to click with the right mouse button on the corresponding path and select the option Make a selection from the contextual menu. We can do the same by pressing the right mouse button directly on the path in the image. Once we have made a selection, we can adjust the fading, copy it to a layer, etc.

Finally, we can not end without mentioning that the freeform pen tool allows us to make freehand paths and that the option to convert anchor point allows us to follow a combined path, that is, we can make parts of the path with straight lines and then create a curve to follow with another curve or line. To convert a curved anchor point into a corner one and continue with a straight path, simply choose the Convert anchor point tool or click on the anchor point with the Alt key pressed. It’s mainly used to make image background remove and clipping path service, find here to get more idea with professional photo retouching experience.

How to Vectorize an Image in Photoshop

Want to get an “infinite” resolution for an Image? Only a Vector image can provide

How to Replace a Color in Photoshop

How many occasions did you feel unhappy about the color of the picture’s element? I

How to make something look Gold in Photoshop

In the fairy tale, we have read about a famous story of the golden hand.

How to Draw Curved Lines in Photoshop

A line that changes its direction is a curved line. On the other hand, a 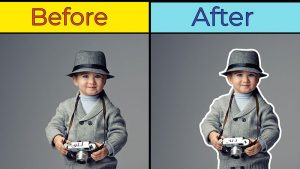 How to Outline an image in Photoshop

Sometimes we feel the necessity of making an object bit more attractive. In this point,